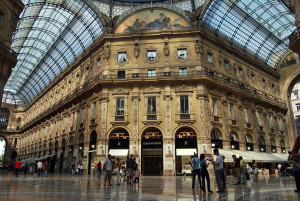 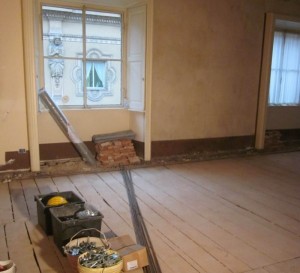 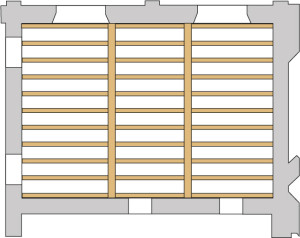 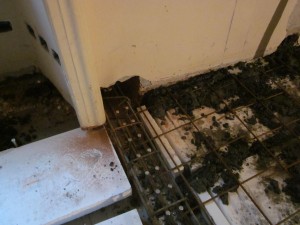 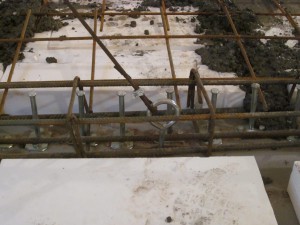 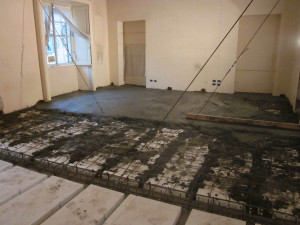 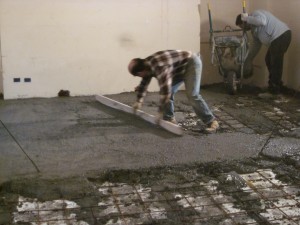 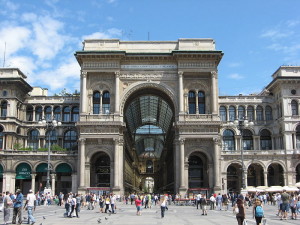 Type of work: Floor reinforcement using the “suspended floor” technique as an alternative to prop supports, with the insertion of insulating material, to give the structure a greater load bearing capacity

The task was to restore the existing timber floors within the famous Galleria Vittorio Emanuele in Milan, as part of the refurbishment of the Seven Stars Galleria Hotel. The solution selected was to reinforce the existing floor structure using connectors and a collaborating concrete slab. This decision was made due to the enormous advantages created: the reinforcement of existing beams avoiding the extreme solution of demolishing the existing structure. The restoration of the floors using connected concrete did, however, pose a serious problem: the storey below the hotel was occupied by commercial activities, it was not possible to install the required props to ensure an optimum support for the composite wood-concrete section. It was therefore necessary to hang the beams from the upper side using tensioned steel cables during the casting operations. The beams were kept straight during the pouring and setting of the concrete. The cables were removed once the concrete was fully set.

The work was carried out on a double joisted floor, consisting of main beams (larger section) superimposed by secondary smaller joists kept in place by wedges. After removing the floor finish, it was possible to undertake the restoration of the wood floors. The upper surface of the main beams was at the same level as that of the smaller joists. However, their sections appeared undersized in view of the load-bearing requirements of the new hotel rooms.

The problem was resolved by raising the inertia of the composite beam using rigid insulating material panels, with the object of making everything lighter. Attention was paid in leaving the cross beams free in order that 125 mm MAXI type connectors could be installed directly on the boarding, after a breathable waterproof sheeting had been placed in position. The restoration of the wood floors using this technique produced a low invasive intervention on the structures and a limited quantity of activities carried out, yet resulting in high load-bearing capacity levels being created while having to work in a limited space.

Execution stages: After exposing the floor, breathable waterproof sheeting was laid, and the connector spacing marked out. The beams were drilled to install the connector screws. Lastly, coach screws fixed the connectors in position. The whole procedure was dry and no resins were required. Rigid insulating material panels were placed in position and overlaid by an electrowelded mesh. Holes were drilled in the masonry walls to insert adhesion rods, to ensure the connection of the horizontal slab with the vertical walls.

A brief history: Galleria Vittorio Emanuele II of Milan is a covered passageway (or commercial arcade) that links Piazza della Scala (Scala Theatre square) to Piazza Duomo (Cathedral square) Two arms perpendicular to the main longer route connect two other streets (Silvio Pellico street and Ugo Foscolo street). The Gallery was designed by the architect Giuseppe Mengoni and its construction started in 1865. Its style is eclectic, with statues, columns and other ornamental features, characteristic of the nineteenth century style of Milan. The statues found in the Gallery are works by the Milan born sculptor Pietro Magni. The arcade houses many famous brand shops, coffee shops and restaurants, and the luxurious Seven Stars Galleria hotel. Together with Via Montenapoleone and Via della Spiga, this is one of the most luxurious shopping areas of Milan.

The Hotel is inside the gallery, mainly on the first floor. See