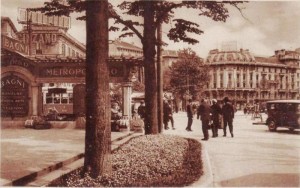 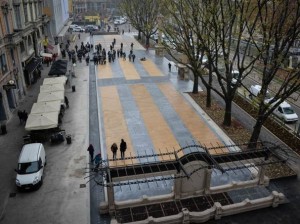 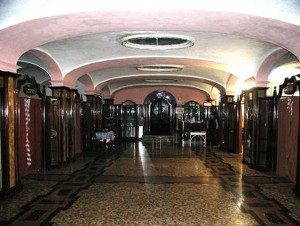 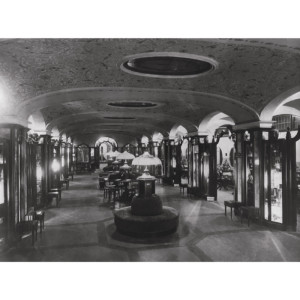 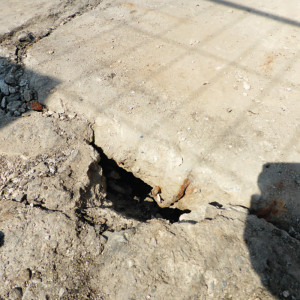 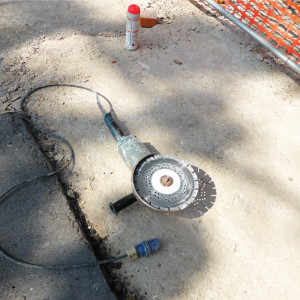 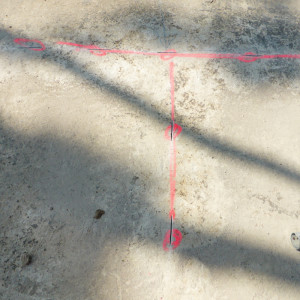 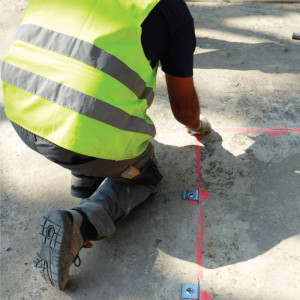 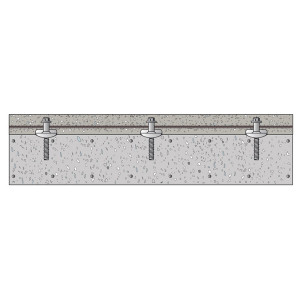 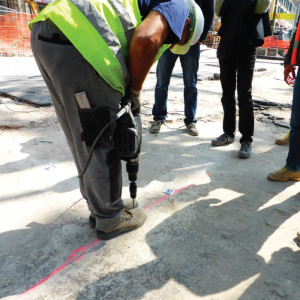 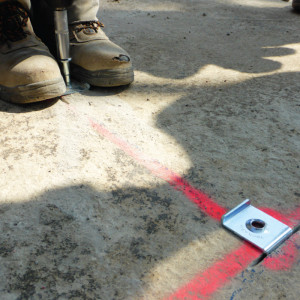 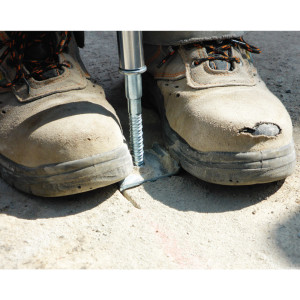 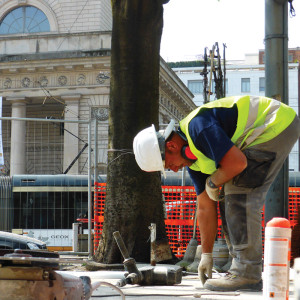 Reinforcement and consolidation of a concrete floor in the centre of Milan.

Hidden below ground in Piazza Oberdan square, Milan, near Porta Venezia, is Albergo Diurno Venezia, an elegant and functional Liberty style service centre for travellers, designed by Piero Portaluppi and built between 1923 and 1925. The building was shut down in 2006 after being abandoned for decades. Public baths, spas, barber shops, a manicure parlour, a travel agency and photographic studio, all facing a magnificent hall with imposing columns, that still show the splendour of the past through their intact furnishings, elegant coverings, important and original decorations in Art Déco style, can all still  be seen under the dust which has gathered over time. Original objects can still be found in the glass display units. In 2015, the municipality signed an agreement with FAI – Fondo Ambiente Italiano – for the restoration of the former Day Hotel. The agreement entailed the transfer of the premises to FAI, who undertook to culturally relaunch the complex, which had been left abandoned for almost ten years.

Floor consolidation: description of the works

The ceiling of the day hotel is also the floor of Piazza Oberdan.
In order to maintain the current use, due to the damage of some parts of the structure, the floor needed to be reinforced and consolidated. The existing flooring consists of a solid 15 cm thick concrete solid slab with a double reinforcement layer. Following a diagnostic investigation, it was ascertained that the current structure was still viable, although some improvements were needed. The floor slab is supported by 270 cm beams with thickness varying between 40 cm and 60 cm. The intervention entailed the removal of existing material above the structural section, the positioning of a new lightweight structural reinforced concrete slab, and the connection between the two layers using CT CEM Tecnaria connectors. The new total dead load is less than the original one, and the strength of the structure is also greater thanks to the larger section. Consequently, the safety factor of the floor has been increased.