When it is not possible to ascertain the increase in resistance due to the roughness of the two surfaces to beconnected, the connector plays an even more important role. A slipping movement between the structural element components  reduces the overall load bearing capacity and increases the deformation.

When two concrete layers are cast at different times, it is possible that there exists a natural resistance to slipping movements due to the irregularity of the different surfaces. The shear resistance alone, however,  is unable to guarantee a satisfactory adhesion between the two elements. It will only be possible to take into account the resistance contributed by the cohesion between the materials by using a specific connector. In simple terms, surfaces may be classed as:

A) Very smooth: if cast on smooth formwork.
B) Smooth: in case of simple vibrated surface cap. This is the most frequent case.
C) Rough: roughness obtained artificially using mechanical means.
D) Toothed: appropriately prepared and cast using purposely shaped elements.
In the case of exposed hollow bricks or hollow bricks covered by a very thin layer of mortar, for the purpose of safety contribution must be considered as equal to zero. 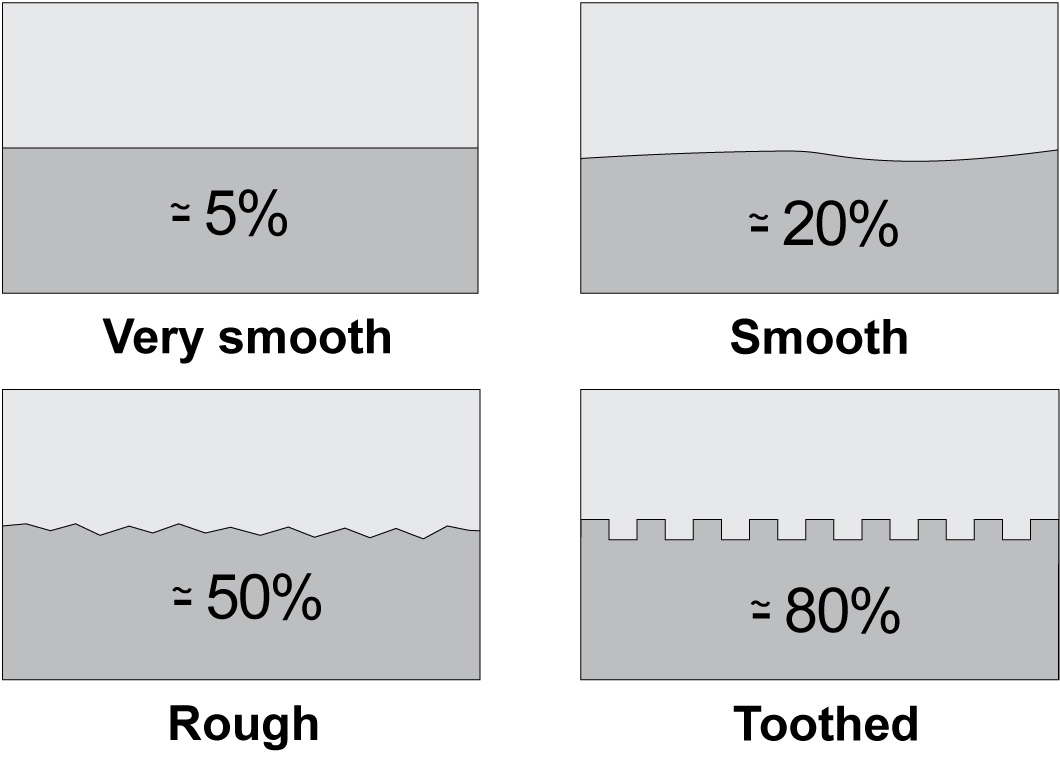 To facilitate installation, the connection normally consists of stud connectors, the anchoring of which to the elements being connected may vary depending on the material.